A Brief History of the Spartanburg County Baptist Association 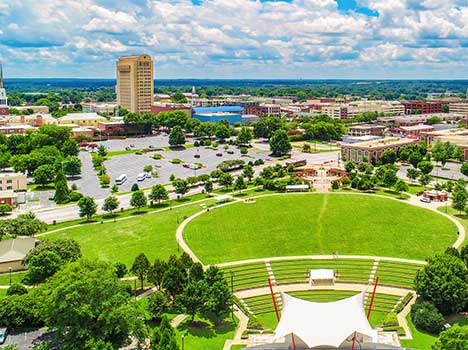 He then resigned and The Reverend Doctor N. J. Alexander, the former secretary and Vice Moderator of the Association, was elected moderator of the Spartanburg County Baptist Association and the Reverend Benjamin D. Snoddy was elected Vice Moderator. Dr. Alexander served for approximately two years before becoming ill and died. In 1988, Reverend Snoddy succeeded him as the Acting Moderator until the Annual Session of that same year. At the annual session, he was unanimously elected Moderator of the Spartanburg County Baptist Association and served for the next twenty years. In 2008, Reverend chose not to run again for the position of Moderator because he saw the need to stagger the rotation of officers as tenure was now in place. During his twenty year tenure, he instituted a newly composed Constitution and By-Laws, instituted a Mid-Year Session, established a Recognition Banquet, instituted the first Pastor and Pastor's Wife Appreciation Dinner, established the Music Ministry Auxiliary, implemented tenure of office and the commenced the Interdenominational Theological Center Certificate of Theology Extension. A Catechism Study Guide was composed of 100 questions for the preparation of minister's for catechism. He began the Annual Martin Luther King Birthday Celebration in the month of January. Rev. Snoddy also gave the Association some financial stability by leaving $10,000 plus in treasury for the new administration. An Association Website was established for a period of time as well. Under the leadership of Moderator Snoddy, the first female minister, Minister Audrey Grant, was ordained by the Association at Majority Baptist Church of Spartanburg, SC. Dr. Grant formerly served as an Assistant Superintendent of Spartanburg County School District #7. Her commitment to the Lord and ministry speaks volume of her promise as an ordained minister of the Gospel. She was ordained to assist the pastor of Majority Baptist Church.

In 2008, the Reverend Wendell Thompson was elected unanimously as moderator of the Spartanburg County Baptist Association at the Holden Chapel Baptist Church of Boiling Springs, SC. They newly elected officers were as follows: